I was recently showing my eldest son some bedtime stories, and the ones he loves the most currently are the African folktales about Anansi the spider.

However, as I was watching with him, I was shocked at some of the captions accompanying the audio, it was full of profanity! 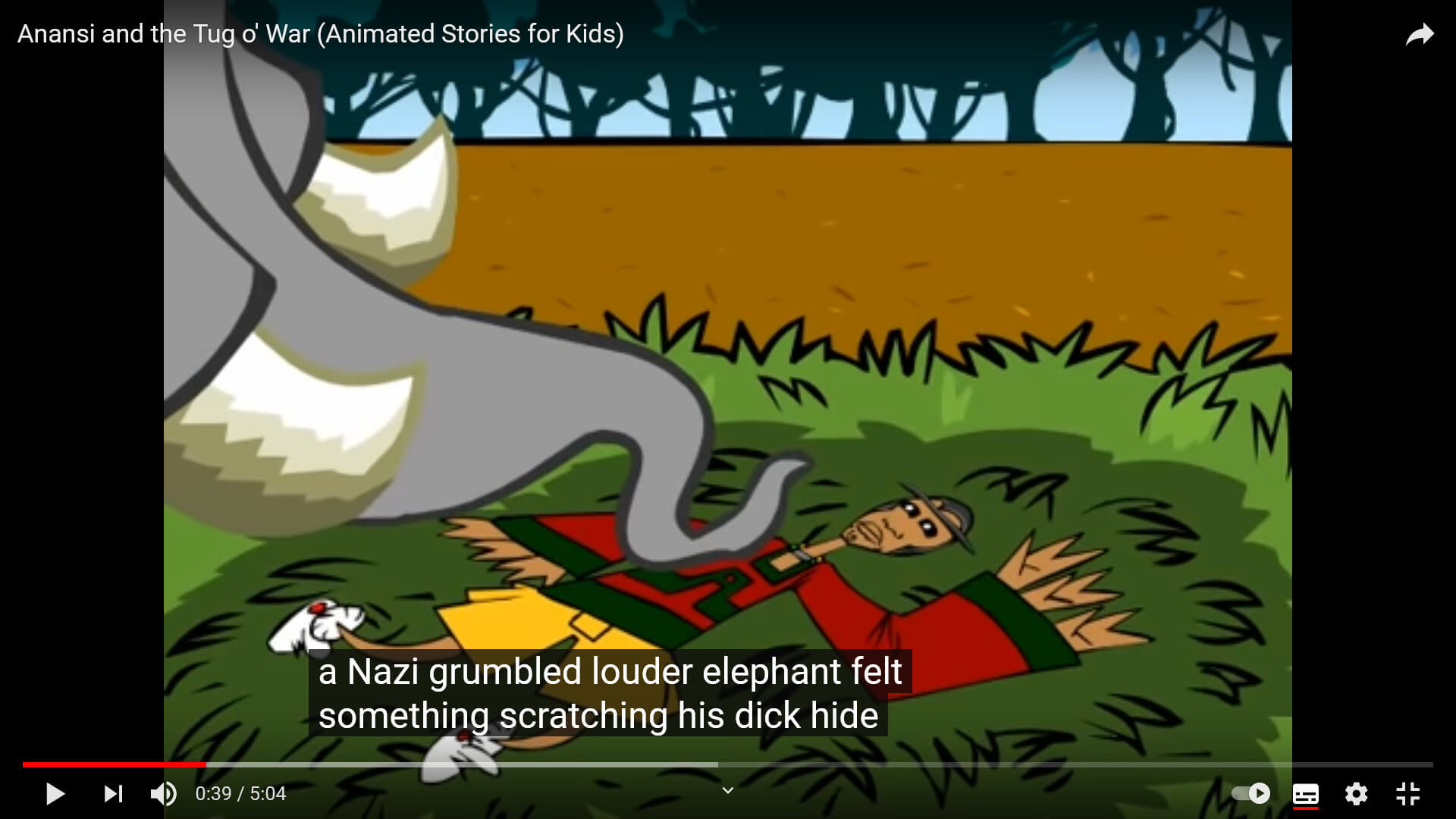 To look at what happened, we have to step back to last year where they released a very small update to their community contributions help page:

So, for the last 9 months, the captions you've been seeing for videos uploaded during that time frame have all been automatically generated by software. Anyone who has ever used Siri, Cortana, or Google Assistant knows that automated speech recognition is far from perfect. Anything that isn't a perfect BBC accent seems to produce garbled interpretations of speech.

But, when a 3 year old can understand the speech, we shouldn't accept this situation where we're stuck only with a poor software solution.

Initially it's obvious that anyone with any kind of hearing problem is going to be affected by this:

The backlash from the Deaf community was large enough to make mainstream news, which again, seems to be a further argument against YouTubes claim the feature was not used often. The Royal National Institute of Deaf People (RNID) even called for YouTube to reverse this decision last year, but their plea has so far been unanswered. They have made it clear that the effect of this decision will be to lock out people from the platforms content:

YouTube is scrapping its community captions feature.
This means that D/deaf viewers will be locked out of content.
Along with @LiamODellUK, we're calling for @YouTube to reverse its decision. #DontRemoveYoutubeCCs pic.twitter.com/9CRmp5M1u3

But it's not just people with a disability, it's also everyone else. Video captions, while originally created for people with hearing loss, actually benefit everyone else as well. Parents at home watching soundless videos in order not to wake sleeping babies, commuters on the bus who don't have headphones, the gym heads who want to watch one of the screens tuned into a dozen different channels while they work out.

It's a form of the curb cut effect in action. A feature designed to combat a disability actually creates a net benefit for a much larger audience than originally anticipated.

Is it Really a Problem for Content Creators to Solve?

Captioning is quite a time consuming task, especially for someone who's never done anything like it before, and for a lot of people, this is more time than they're willing to invest, especially when the allure of automatic captions seems to be a magic bullet that will do that work for them. Likewise, relying on a third party can be an expensive option, and one that people can't afford. When the alternatives are weighed up against the automatic offering, of course the majority of people will go with the one that saves them both time and money.

It seems that YouTube is putting the onus onto the content creators to manage captions now, but slightly veiled under the guise of their automated magic bullet. Video creators can either accept the offering from YouTube, or go to expensive (in both time and monetary terms) lengths to do it themselves. Should it be their job to solve the innapropriate content problem that YouTube themselves have created?

YouTube is apparently well aware of this problem, enough so that they have a feature to hide inappropriate words. 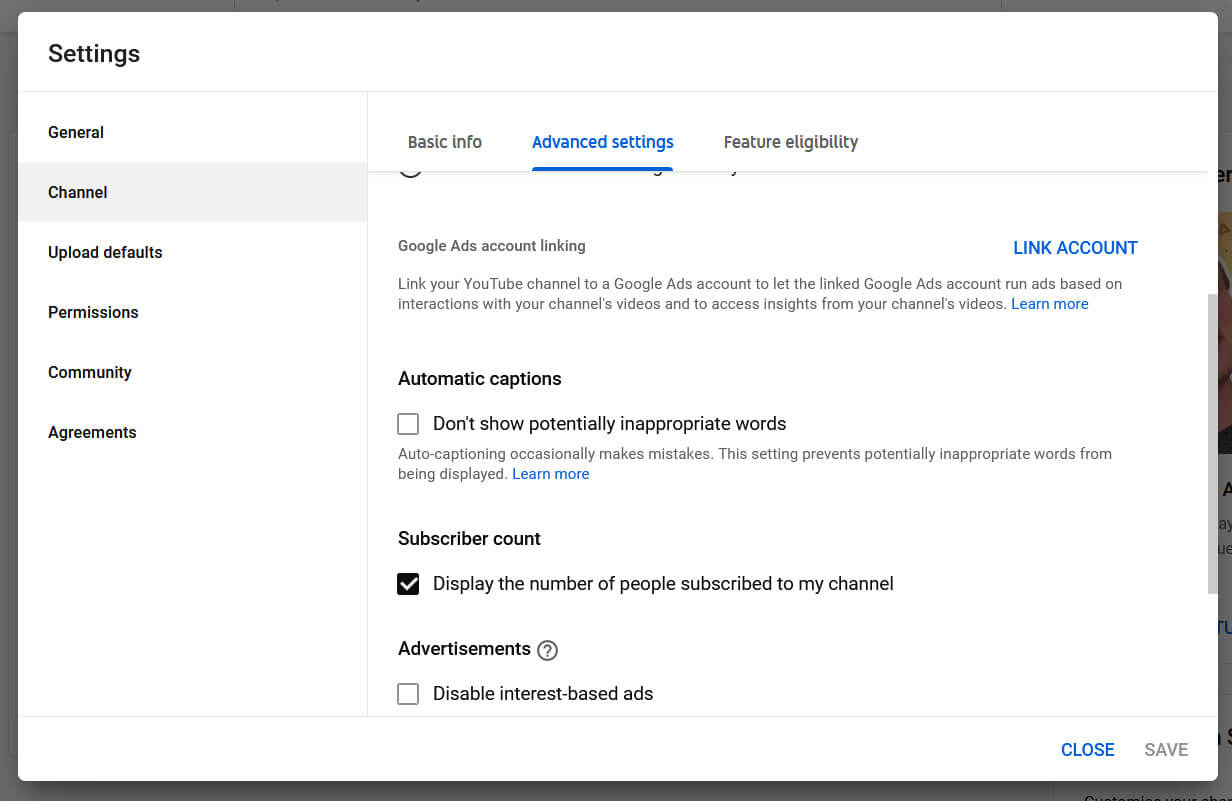 There are still problems with this "fix":

In all of this something doesn't quite make sense though. In the original YouTube statement they mention that community captions is both rarely used, but also has enough problems with spam and abuse that it warranted the action of removing the feature rather than making any attempt to resolve it. Also, replacing one form of inapropriate text with another isn't really fixing anything. Neither of their original arguments for removing community captions makes any real sense. And again, should this really be up to those content creators to fix?

If YouTube was really concerned about users of its platform seeing abusive messages offered up as innocent community captions, then why not employ a system used by website owners across the world for years: moderated content.

To be fair to them, they took one step in this direction by forcing content creators to approve captions before they're published to the viewers, but this still has problems:

Here at least YouTube could flag captions that potentially contain abuse. Scanning text is far easier and faster than the current scanning it does for copy protected content It's very possible that they could give any community captions a rating that can be used to advise whoever is responsible for approving them.

If translations into a different language are required, then maybe automated translations based on human-provided (and accepted) captions are a way to go, or could be used to fill the gap until a real human could provide those translation captions. YouTube (and Google) ultimately benefits from this by getting more accurate corrections for their translations, which eventually results in better automated translations for everyone, and an audience which can engage more and is more likely to turn to their service.

Now, this isn't a perfect solution as some community captions would probably never be approved. A moderation team similar to those used on other large websites (like Reddit) could help there, crossing the language barriers and lending help to older channels that are no longer actively maintained.

What we have now is an insult to those that need it the most. By removing a tool that an entire community relied on to replace it with something that produces a result that doesn't make sense, and is sometimes wildly inapropriate, is not the direction that YouTube should be headed.

Community captions aren't competing with automatic captions, the two things can work together to provide the best experience possible to everyone using YouTube.